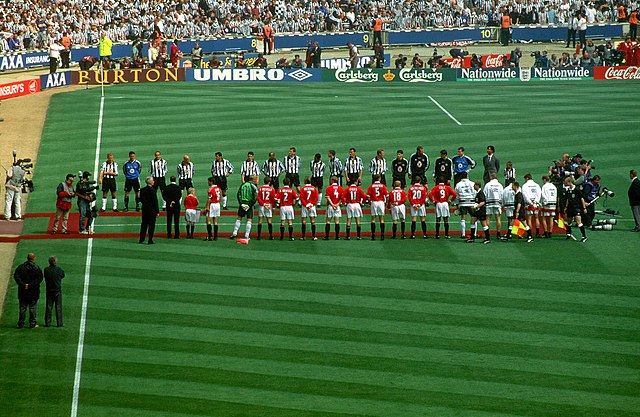 The English Premier League is considered to be the most competitive league in the world, meaning that it requires both talent and hard work to finish within the top 4.
With recent seasons becoming quite predictable, the fans remain positive that some team
might replicate Leicester’s success from 2016. Their hope lies in Newcastle who has had a
fantastic first half of the season so far , as a popular online sportsbook Bovada has put them into the top 3 in the standings.
With that said, let’s review how Newcastle could defy the odds and alter the outcome of the 2022/23 English Premier League.

First of all, we need to go back several months to the beginning of the project at St. James’ Park. During the 2021/22 season, Newcastle remained in the relegation zone when Mike Ashley sold the club to a new consortium including Saudi Arabia’s Public Investment Fund, RB Sports & Media, and PCP Capital Partners.
The results came with almost no delay as the Magpies quickly bounced back and found
themselves way comfortably into the top 15 in the Premier League. At a certain time, Newcastle even made it into the top 10, but Eddie Howe was only able to guide them to 11th place at the end of the season.

A Strong Beginning to the New Start

Surprisingly, Newcastle didn’t sign many exceptional players during the summer transfer
window. They spent €70 mln. on Real Sociedad’s center-forward Alexander Isak and €37
mln. on Lille center-back Sven Botman and kept some of their talented figures who would
make the difference in the beginning of the campaign.
Allan Saint-Maximin and Miguel Almiron remained at St. James’ Park despite the Saudi
Arabian takeover in 2021. Both of them have found their rhythm during the opening games
of the 2022/23 season as they could have fully focused on their performance in the Premier
League.
Newcastle can also rely on the likes of Bruno Guimaraes, Joelinton, Joe Willock, and Callum
Wilson who have all reached their peak this year. On top of everything else, Nick Pope has
been incredible in goal for the team, allowing just 11 goals in 15 games from the beginning
of the season.
The team also managed to pick up some dominating victories on their way to the top 3 as
they ousted both Brentford (5-1) and Aston Villa (4-0) by four goals. Moreover, they are yet to lose by a bigger margin in the Premier League with their biggest defeat coming up against Liverpool in a tight 1-2 contest back in August.
High-Quality Performance Against the Top Sides in English Football
Newcastle has made a name for itself following its impressive performance against the best
teams in the Premier League. The Magpies might have struggled at the beginning of the
season winning just one out of their first six matches. However, two of them included
meetings with Manchester City and Liverpool.
And even though they were ousted by the Reds, the Magpies were more than confident
against the Citizens. They eventually ran out of luck and conceded a comeback from 3-1 to the final score 3-3. Later on in the season, Newcastle managed to pick up a strong momentum that would eventually see them go without a loss for nearly four months.
The team led by Eddie Howe drew 0-0 against Manchester United before coming on top of
Tottenham Hotspur on the road. The Magpies didn’t go on the World Cup break before
taking down yet another contender for the Champions League in the face of Chelsea. Their
final score might be just 1-0, but their performance was more than convincing against the
club from West London.
Current Situation and Chances of Making the Top 4
With Newcastle sliding into its 130th professional season, the team will certainly be looking
for a way to remember it. What better way to surprise their fans than to return to the Champions League next year? The bookmakers were quite skeptical for such a possible success this season, meaning that anybody who had already taken them to finish into the top 4 is currently looking at an attractive cash-out amount.
They would still need to outplay the likes of Chelsea, Liverpool, Tottenham, and Manchester
United who sit back and wait for a mistake by the Magpies. Consistency will be a key to their success as they might eventually sacrifice one of the remaining tournaments in order to focus entirely on the Premier League. Newcastle remains 6th favorite to win the biggest
domestic tournament in the UK, while their chances of making the top 4 are non-negligible,
standing at +137 odds.
If they eventually finish in the UCL spots, they will break a 20-year drought without qualifying for the most renowned European tournament. The last time they made it work was when Alan Shearer was part of the club back in 2003/04.

Where is the UK’s Most Exciting Gambling Experience?

Liverpool Will Suit Your Playstyle, Says Barnes to Rice

Ten Hag: I’m Not a Booster of Rashford’s Better Performance

Waldrum — The Mexico competition will serve as a good warm-up for the World Cup.

Aina Resumed Training in Torino after a Break due to injuries